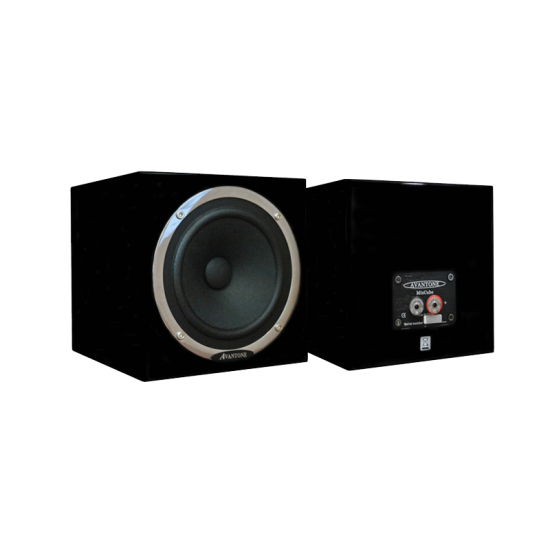 Their design is inspired by the legacy of the 5C Sound Cubes used in virtually all-major studios for the last 25 years.

Engineering Objective
To build a full range, rugged, mini-reference monitor to replace the older, aging, 5C Sound Cubes that are still in use worldwide, while offering an improved, more linear frequency response. A full year was spent studying all versions & revisions of the famous little 5C Sound Cubes. Research revealed that there were several driver versions released over the years with widely varying frequency response characteristics. We chose the smoothest, most linear, full-range version of those 5C models to use as our testing benchmark. Next we analyzed their response characteristics in an anechoic chamber and proceeded to implement design upgrades. Realizing the importance of replacing a respected "industry-standard reference monitor" we began by replicating its basic size, function, and sonic character.

We wanted to take it up a notch though...

First, we addressed the Cabinet Design... The original 5C Sound Cubes were made of Â½â€ particleboard covered with a glue-on wood grain contact paper. We chose to use thicker, denser MDF board because of its high rigidity and inherent low-resonance characteristics. We started with a 165mm (6 1/2") sealed cube design with radiused edges. We then chose an elegant Polyurethane high gloss â€œRETRO-CREAMâ€ finish. The originals had either screws or on later models plastic binding posts mounted on a recessed plastic cup. We upgraded to high-end nickel plated, machined solid metal binding posts (Dual banana spacing) mounted on a black anodized ,milled and silk-screened aluminum terminal plate. Next we added a 7mm thick neoprene pad embedded into the base of the cabinet to serve as a skid-resistant acoustic isolator. Additionally, for creative mounting situations, we recessed an industry standard 5/8â€-27 mic stand mount into the base.

Second, We addressed the driver design... The originals were a basic 5â€ stamped frame design. We designed a proprietary 5.25â€ die cast aluminum frame driver/cone assembly to exceed the performance of the originals. The mounting bezel is then polished for an elegant appearance. The paper cone, chosen for its musical character, is custom designed & crafted using the finest New Zealand pulp with mica fibers added for lighter weight & rigidity. The cloth surround is made in Japan to exacting uniform thickness tolerances. The Top Plate and T-Yoke of driver are made of Sumitomo 1008 low carbon steel enabling the highest modeled flux density in the gap. The magnets are Y- 40 GRADE (MIL-SPEC) yielding a 43oz. High Power-low distortion motor structure.

Performance Objective
Studios primarily use 2-way & 3-way larger monitors designed to represent a wide range reference viewpoint at higher listening levels. However, in this newly developing age of High Definition Audio, there is still a need to also hear what your mix will sound like when played back over small â€œbass-challengedâ€ systems such as televisions, clock radios, computers, car stereos, iPod docking stations, etc. It is important to make mixing judgments based partially on listening to reference monitors that will not impart tonal anomalies caused by crossovers or inferior full range drivers. Particular attention is always paid to the critical mid-range vocal/guitar/keyboard areas. This is where having a full-range monitor without a crossover is truly revealing. Ten months of R&D comparative listening & tweaking went into the voicing of the Avantone MixCubes. The result is a very smooth sounding, full range upgrade from the original 5C Sound Cubes. Listening tests reveal that the MixCubes have a smooth, more open, transparent top end response with extended bass while maintaining their basic original character.

Amplification & Wiring
Recommended power rating is 50-200 watts of solid state power or 10-100 watts of tube power. It is advisable to use a high quality studio-grade power amplifier. The metal binding posts on the rear of the speaker can accept bare wire, spade lugs, or single or dual banana plugs. It is best to use 12 -16 AWG wire for runs longer than 6 feet.<

Placement
When positioning the Avantone MixCubes on stands or console bridges it is best to keep them at ear level and slightly angled in towards the engineer. Since they are shielded it is ok to place them near a CRT video monitor or TV without causing any problems. The bottom mic stand mounts will also allow you creative positioning options in unusual studio playback situations. 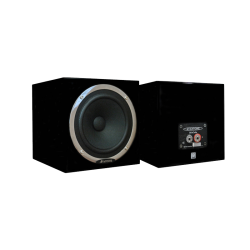 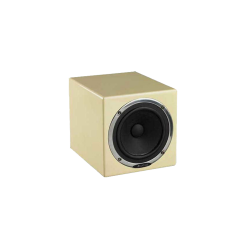 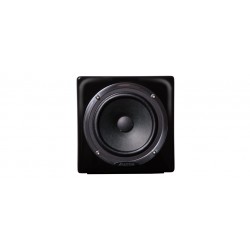 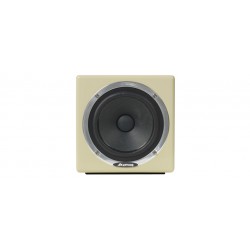 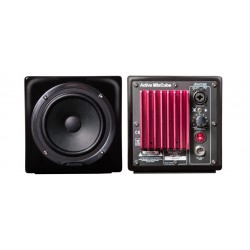 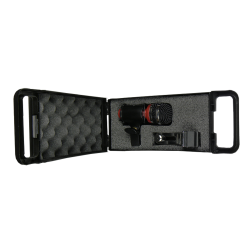 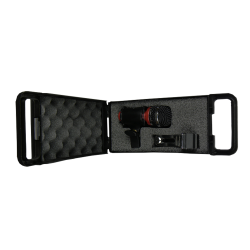