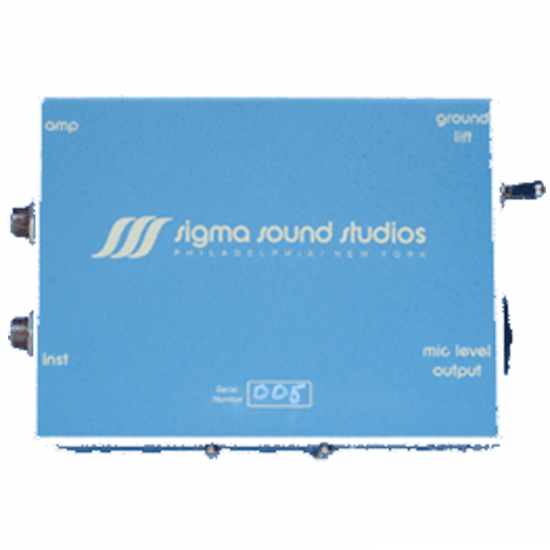 In 1967, before stock consoles and turn key studios, I and some believers, wire by wire, component by component built Sigmas first studio. Primitive by todays standards the console had just 12 inputs that fed a then state of the art 8 track tape machine. It was then that I built the first Sigma D I. We wanted a general purpose direct box that would not only direct inject electric keyboards but more importantly would get the best out of the electric bass and guitar.The unexpected results were astonishing; the Sigma DI quickly became the favorite of the bass and guitar players. Always looking for the better mousetrap, as new DIs came to market we put our box to the test. In every head to head comparison with both active and passive store bought DIs the Sigma box came out on top. You know the sound; you hear it in the recordings of the OJays, Lou Rawls, Teddy Pendergrass, the Stylistics, the Spinners, MFSB, Grover Washington Jr and Patti LaBelle, its The Sound of Philadelphia. The day Sigma opened its doors and the 35 years that followed it was the only DI I used for recording musician like Ronnie Baker, Gerald Veasley, Steve Beskrone, Bob Babbitt, Anthony Jackson and many others.

It was only at the urging of a musician friend, who wanted a Sigma DI of his own that I considered building a few. Unfortunately I found that the heart of the Sigma DI, a high quality audio transformer, had been out of production for years and is now just about impossible to find. We spent months searching supply houses, the web and electronic equipment manufacturers to find just 50 of the rare transformers.

I know you will consider yourself one of the luck fifty and enjoy the airy clean sound of the Sigma DI. 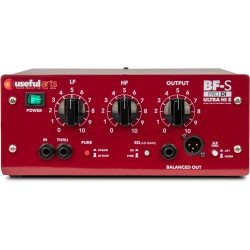 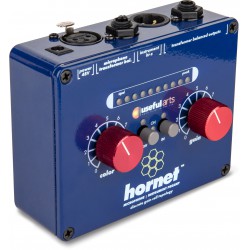 New
Hornet
The idea behind the Hornet is simple: give people an affordable, portable preamp/DI that can go toe to toe with any of the $1000+ preamps on the marke..
$299.00
Ex Tax:$299.00
Add to Cart
Add to Wish List Compare this Product
Buy Now Ask Question