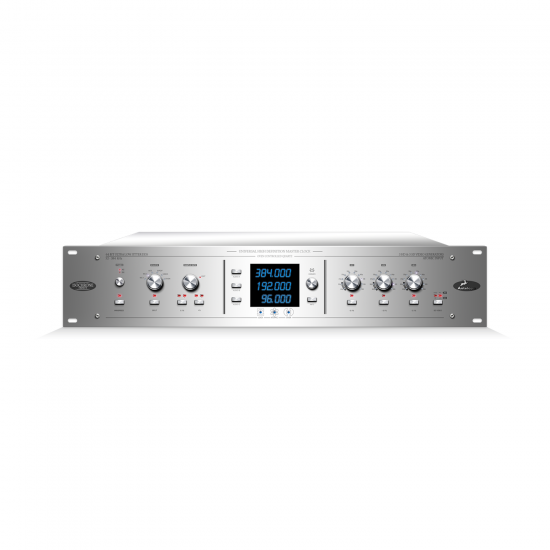 In the fickle world of Audio & Video formats, the new Trinity will be the Master Clock that stands out from the crowd for years to come, with the kind of features that other manufacturers can only aspire to. With dedicated functions and controls, The new Trinity is the best sounding and most versatile Master Clock available anywhere. There are unique features that are only available on the Trinity - such as Audio up to 384kHz, Varispeed, Nine completely independent generators, and a Triple display! Of course, all of this comes in an intuitive menu-free user interface, just as you would expect from Antelope.

A wealth of rear panel connectivity for tremendous flexibilty

Comprehensive audio gearboxing for anything in, anything out 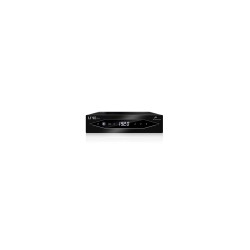 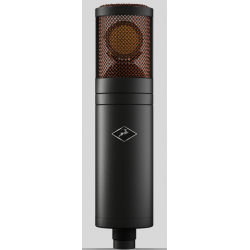 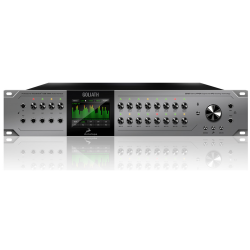 Goliath
THE MOST POWERFUL AUDIO INTERFACE ON THE MARKET Offering the biggest number of I/O’s available on the market, Goliath is the result of Antelope’s 2..
$4,595.00
Ex Tax:$4,595.00
Add to Cart
Add to Wish List Compare this Product
Buy Now Ask Question
Quickview 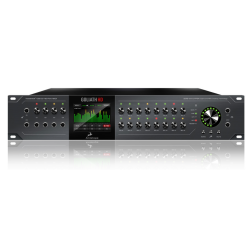 Goliath HD
ALL YOUR HD SETUPS BELONG TO GOLIATH 64 Channels Of Audio Now Via HDX & USB 3.0 Goliath HD is a 64-Channel interface that can be used with P..
$6,995.00
Ex Tax:$6,995.00
Add to Cart
Add to Wish List Compare this Product
Buy Now Ask Question
Quickview